Meerkats closely related to, and are considered to be a mongoose. True to form, their diet does include snakes, but primarily consists of invertebrates. Meerkats are very hardy and will take on venomous species such as scorpions and are resistant to their venoms. 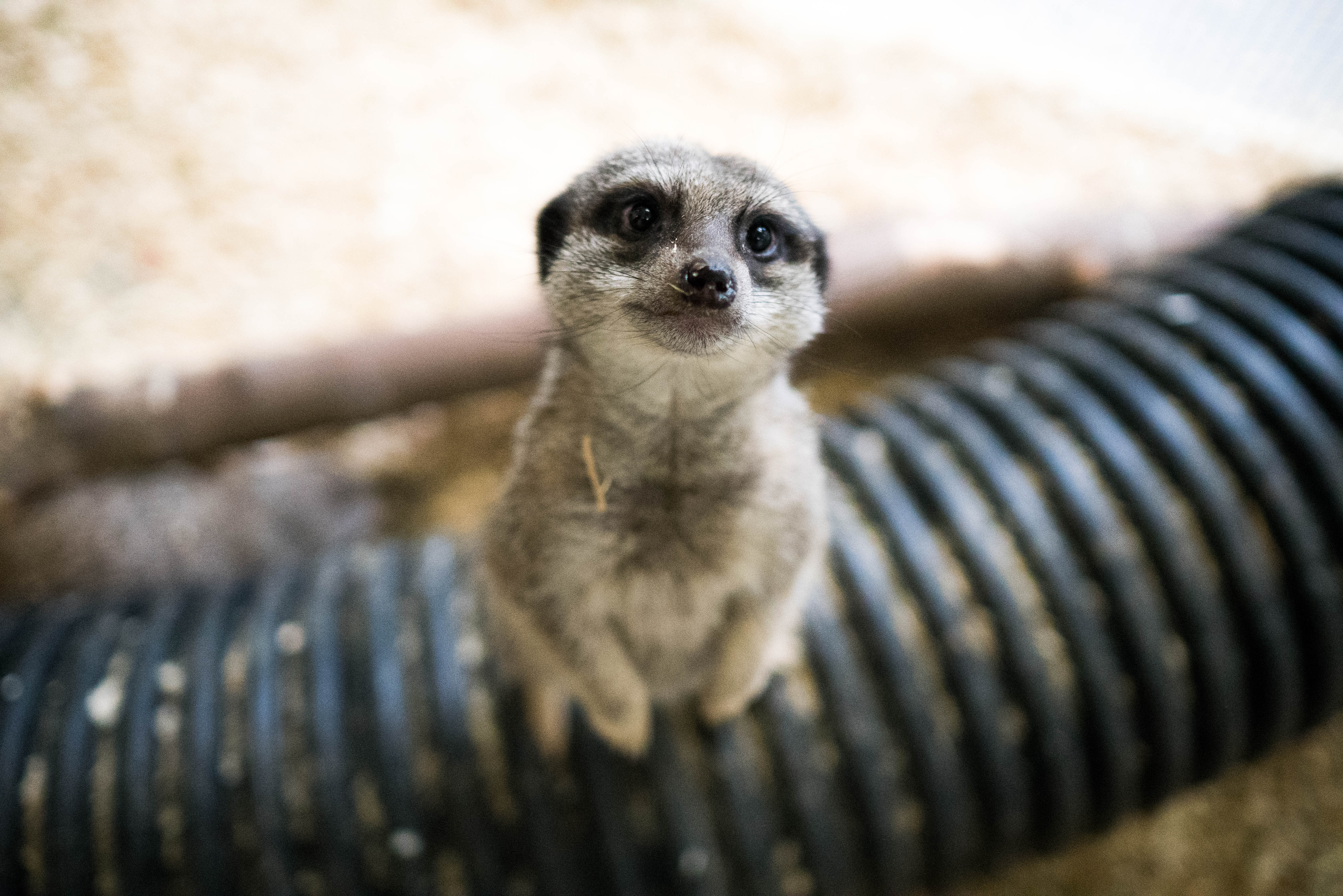 Known for its uncharacteristically short claws, the Asian short-clawed otter can be found across much of southern Asia.  It's short claws allow it better dexterity when using tools such as rocks, either as toys or to break the tough shells of crustaceans and molluscs. 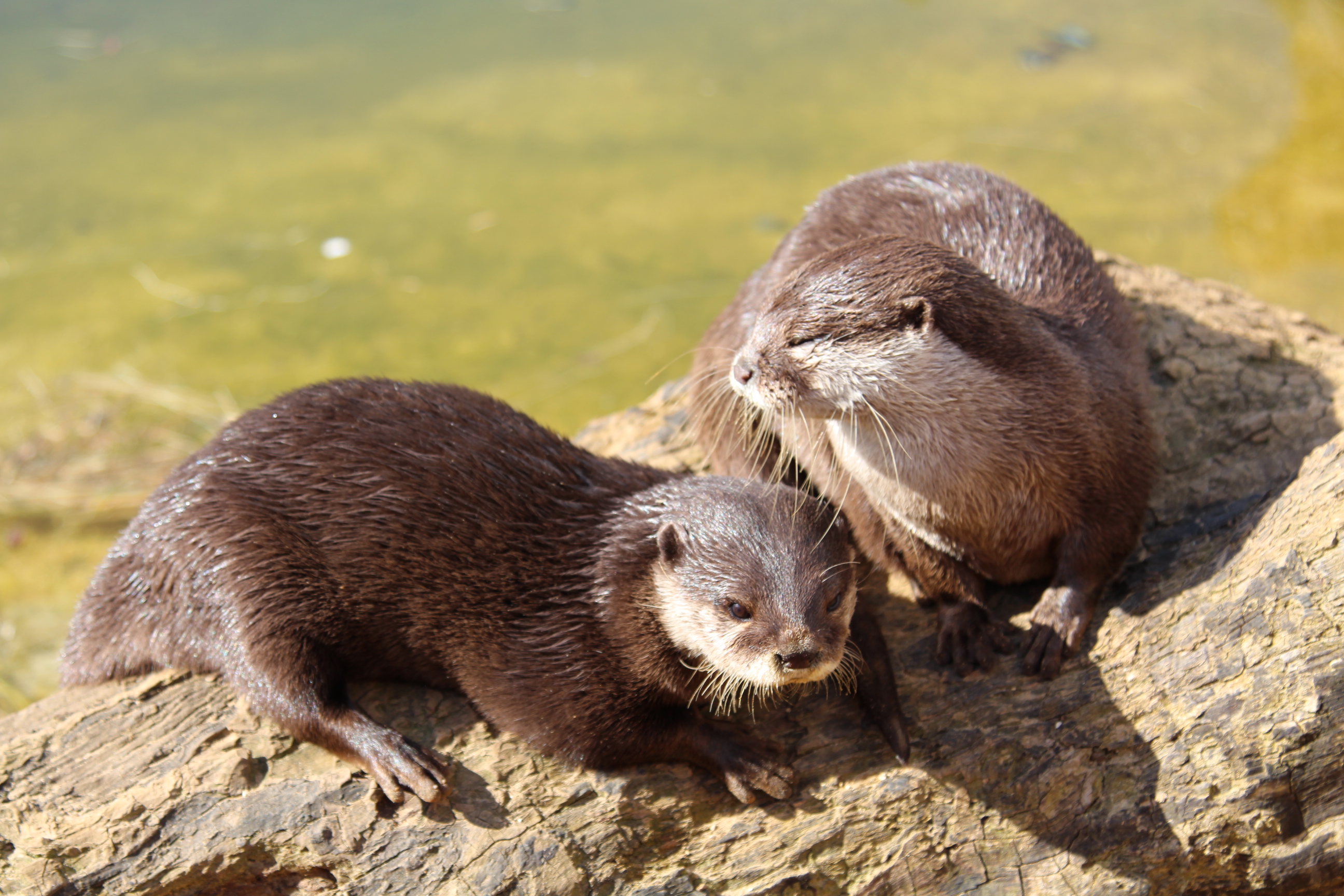 Ring-tailed lemurs are endemic to the island of Madagascar, an island with a miraculous amount of biodiversity. This makes it matter all the more that Madagascar’s unique habitats are being damaged by logging, mining, and climate change alongside other problems. There are efforts to breed Ring-tailed lemurs to go back into the wild through conservation work in zoos. 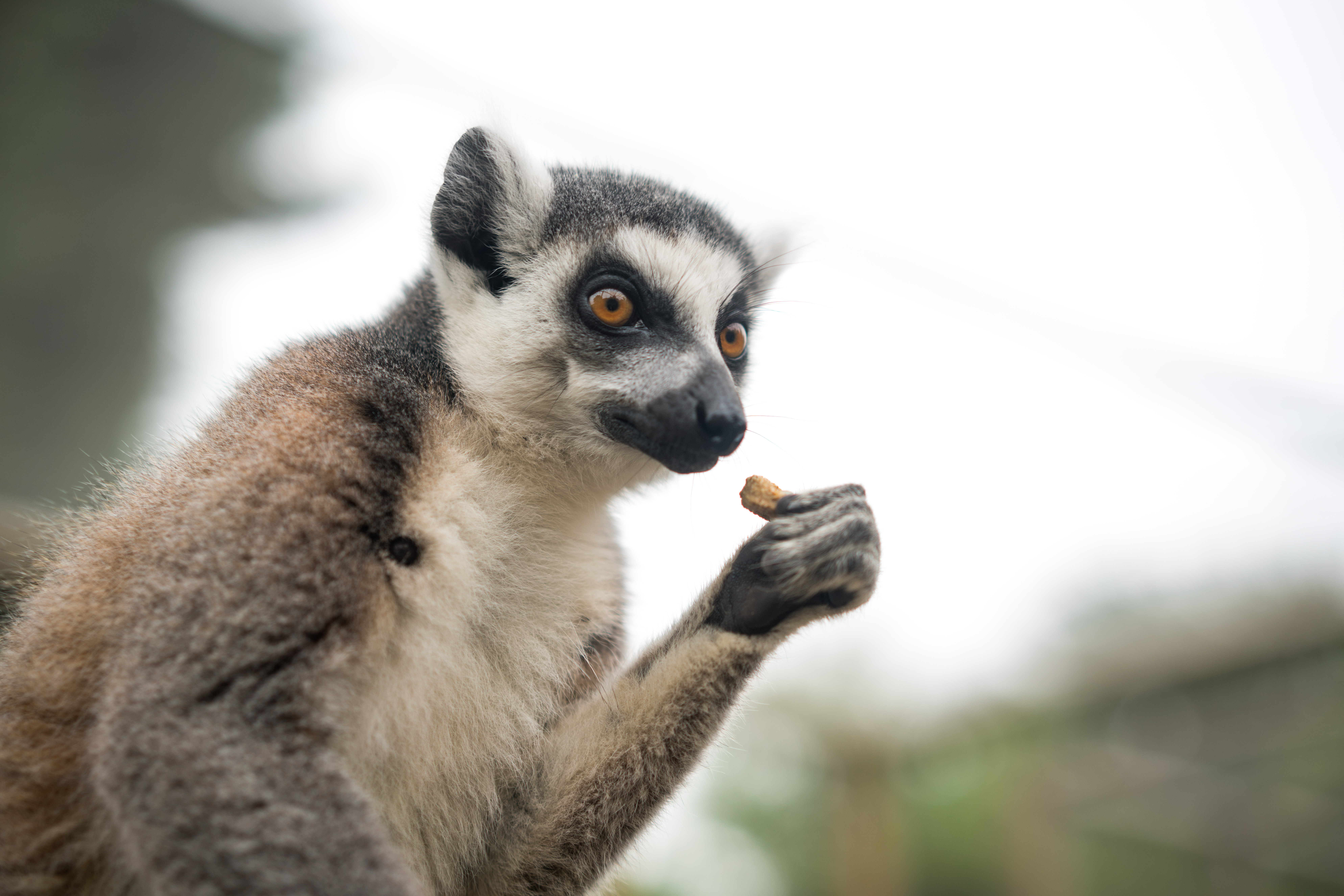 Black lemurs are only endemic to the African island of Madagascar. The males can be recognised by their black fur coat and ear tufts. While females have an auburn fur coat with white ear tufts. Though often very charismatic the can often appear ‘lazy’ as they are a cathemeral species. This means they sleep anytime during the day and night.  Their wildlife status is currently classified as Endangered by the IUCN Red list with the population declining. 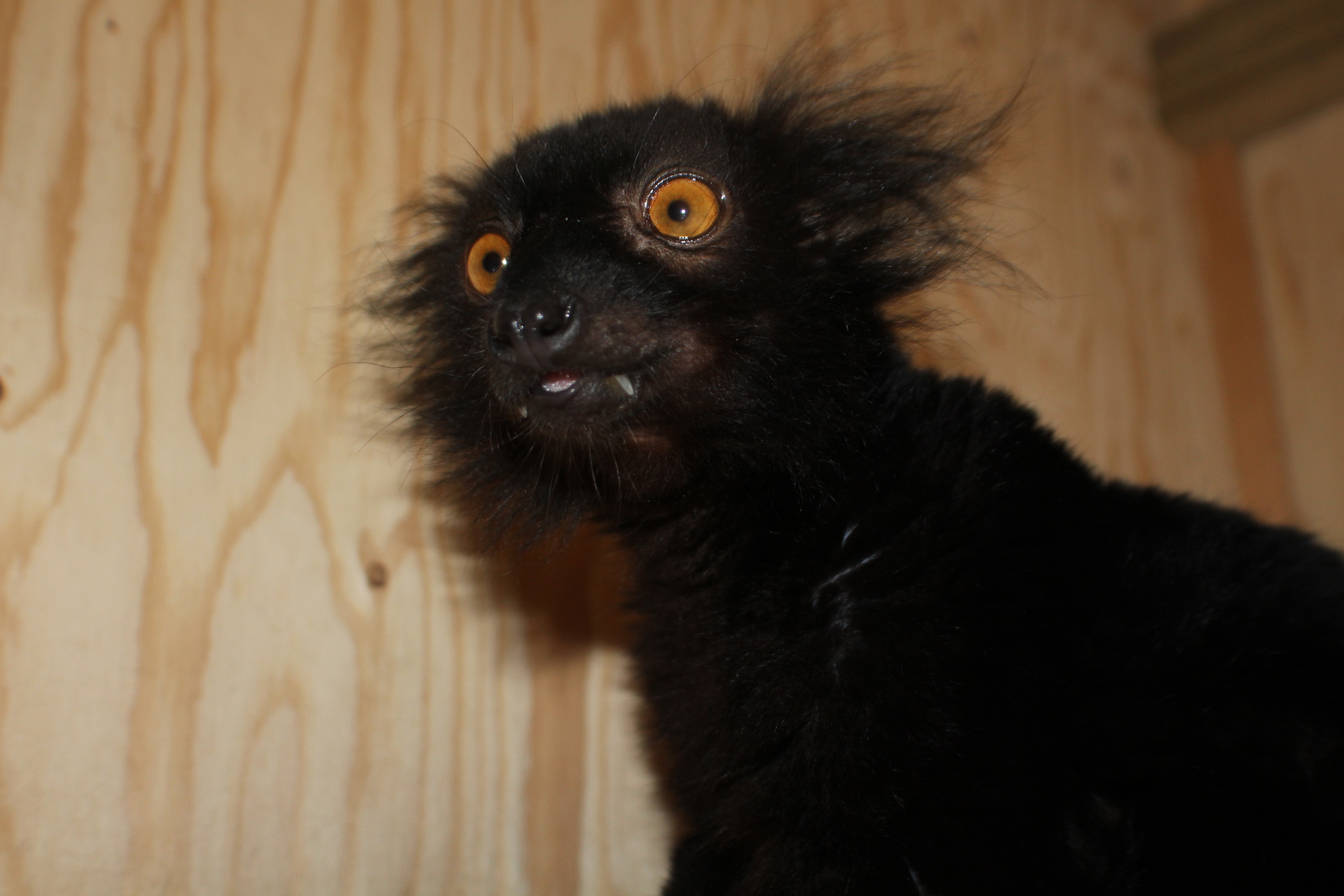 Collared Brown lemurs are specifically endemic to Madagascar. Even though they rest in trees most of the time, this species is one of the largest pollinators in the world, meaning their population is valued within conservation. Collared brown lemurs are classed as endangered. This is mostly due to habitat loss from charcoal production and ilmenite mining. 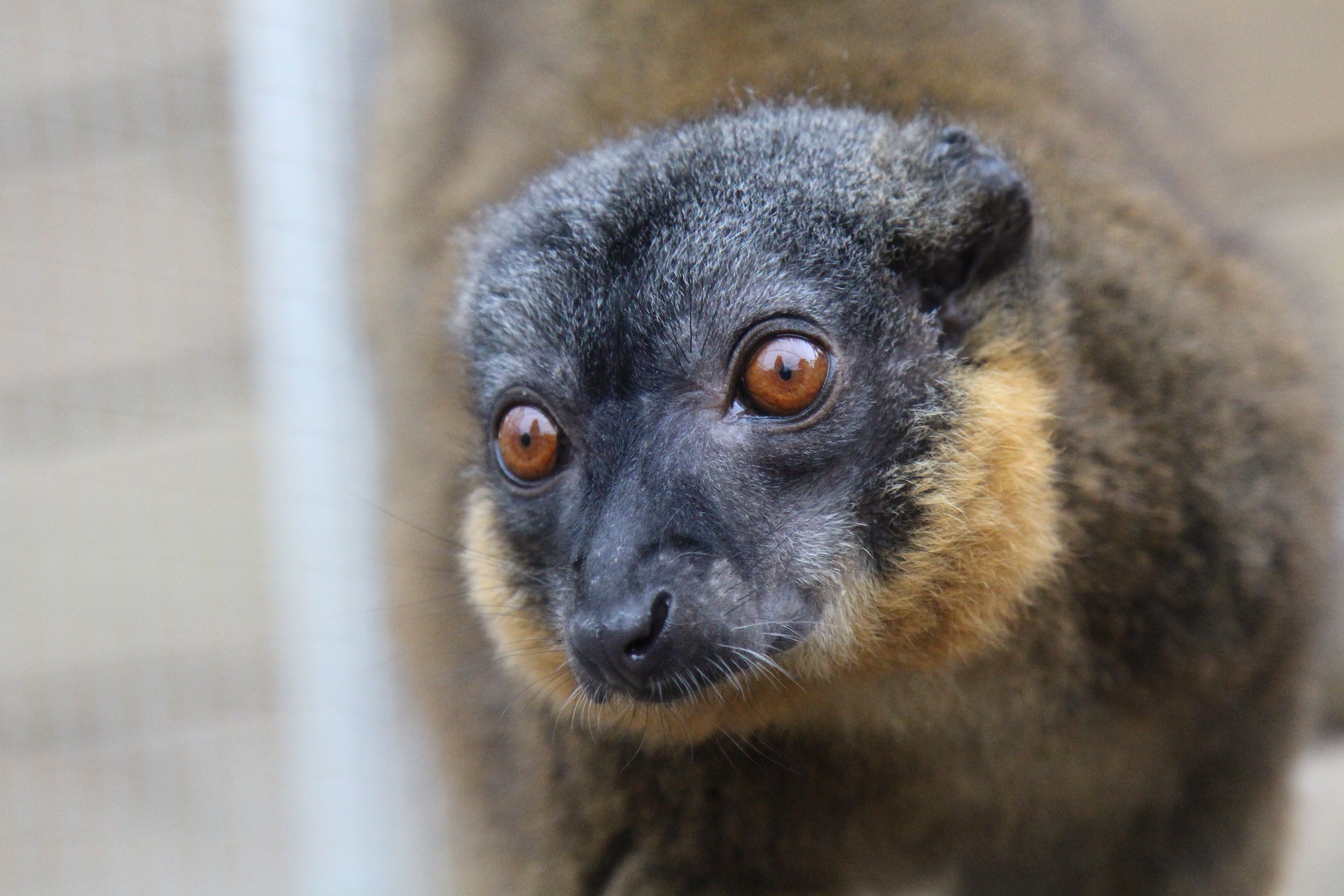 This species of skunk is found in North America, all the way down to Mexico. Although known for their incredibly stinky spray tactic their own sense of smell is impeccable. They are able to find food under metres of snow whilst using their large claws for digging.

Native to Eastern Australia, this species is can be found inhabiting a variety of habitats, including farmland and forests. This animal is strictly herbivorous and can be found grazing on herbs and grasses. One of the main features of this animal is its large furry tail, it is used for balance as they hop around. 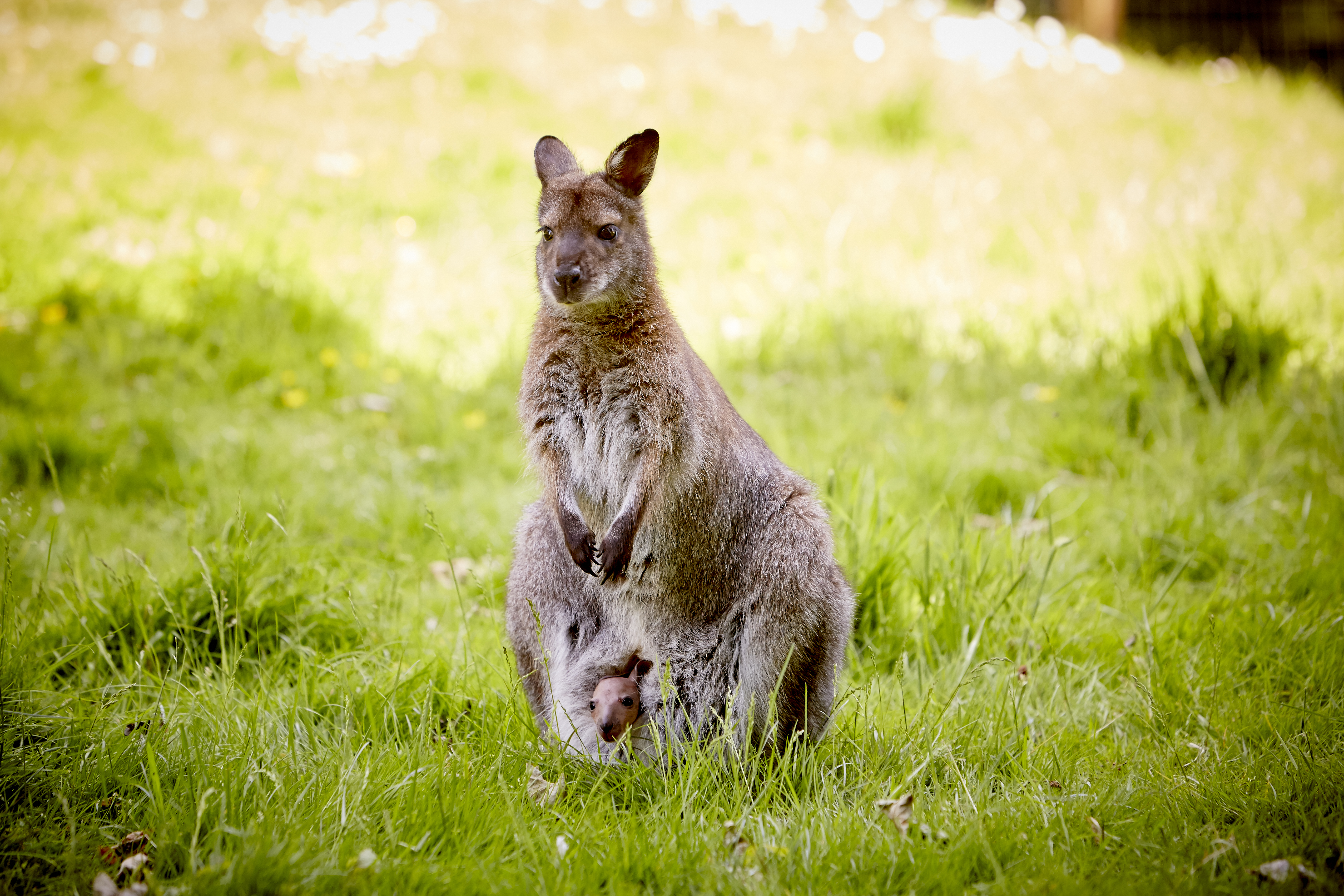 Often spotted in groups of 8-10 individuals, they can be found inhabiting the forests of Eastern Brazil. Naturally omnivorous, marmosets eat nectars, fruits, flowers and occasionally small insects. Though they are native to Brazil, due to human interference the species has inhabited a variety of other areas and may out-compete monkey species native to the area. For the benefit of the environment and the species’, it is important that the invasive marmosets be removed from those habitats. 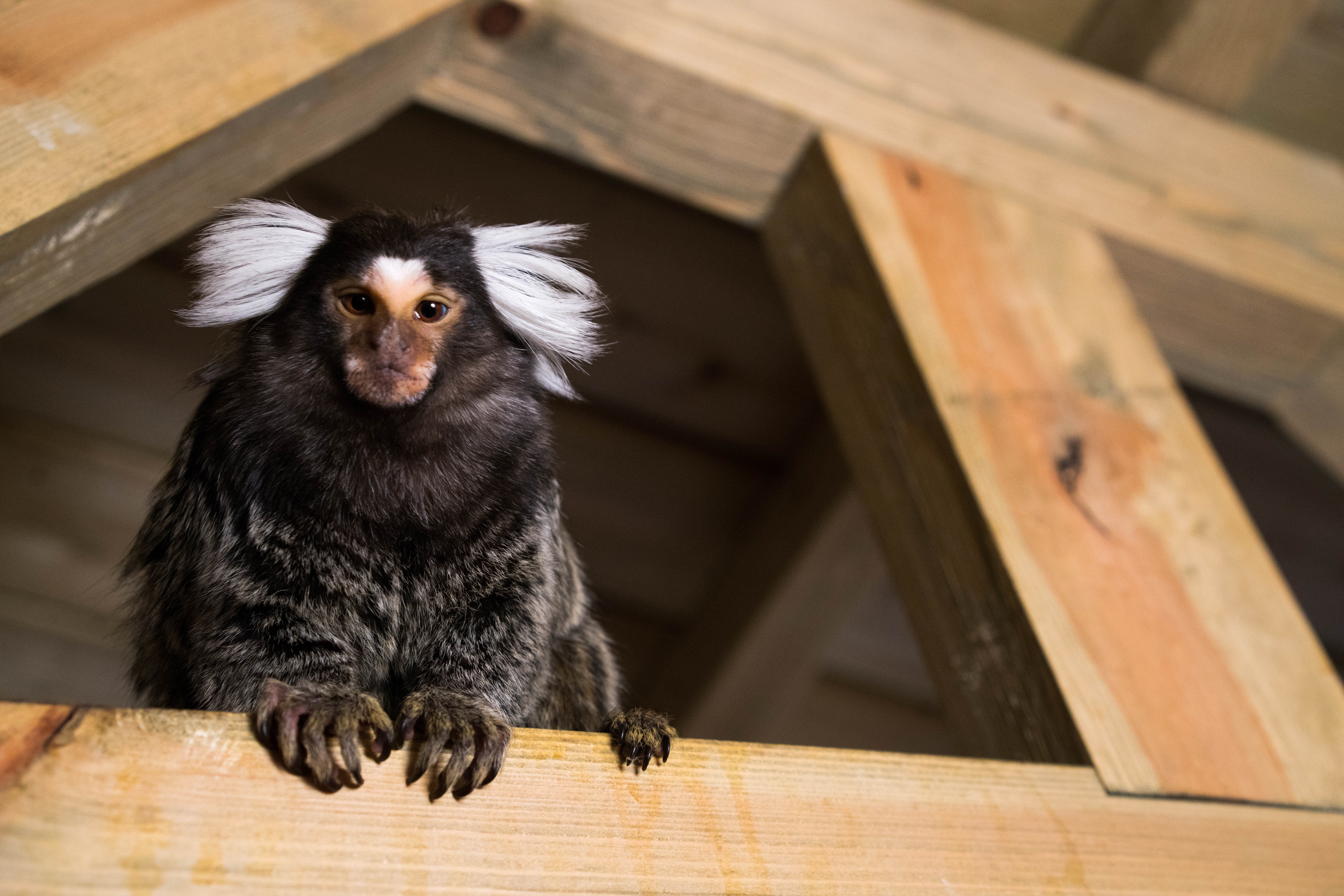 White-lipped tamarins are native to much of the Amazon jungle, across much of Brazil and Bolivia.  They have complex family groups, usually with one breeding pair and the rest being family members. Other group members other than the parents will look after young, holding them to give the parents a break. 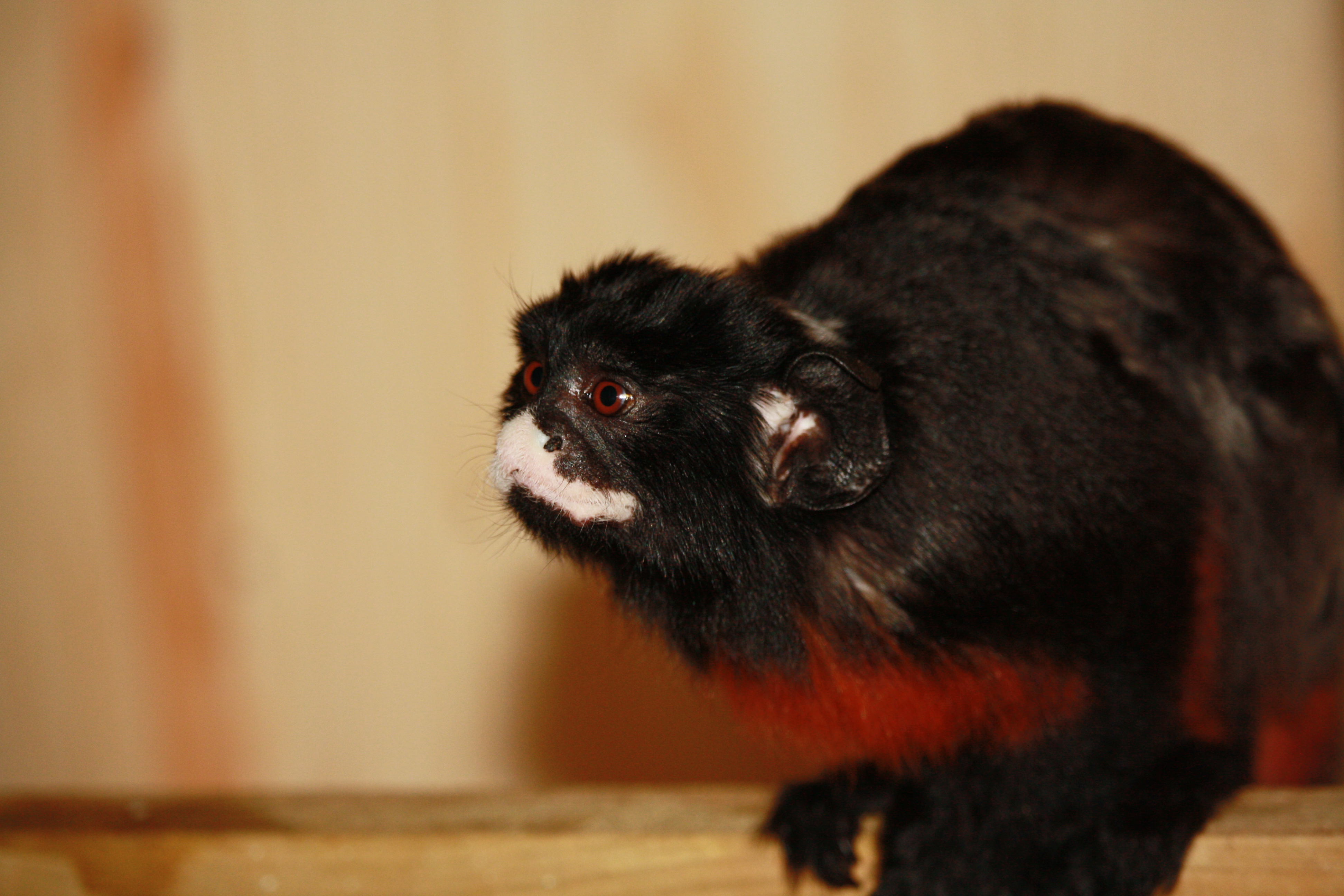 Known the world over for being an incredibly intelligent and dextrous animal.  Common raccoons are native to the Americas but can be found in other countries due to purposeful and accidental introductions.  There are actually three species of raccoons, the other two being the crab-eating raccoon (P. cancrivorus) and the pygmy raccoon (P. pygmaeus). Both of these are smaller than the more well-known common raccoon. 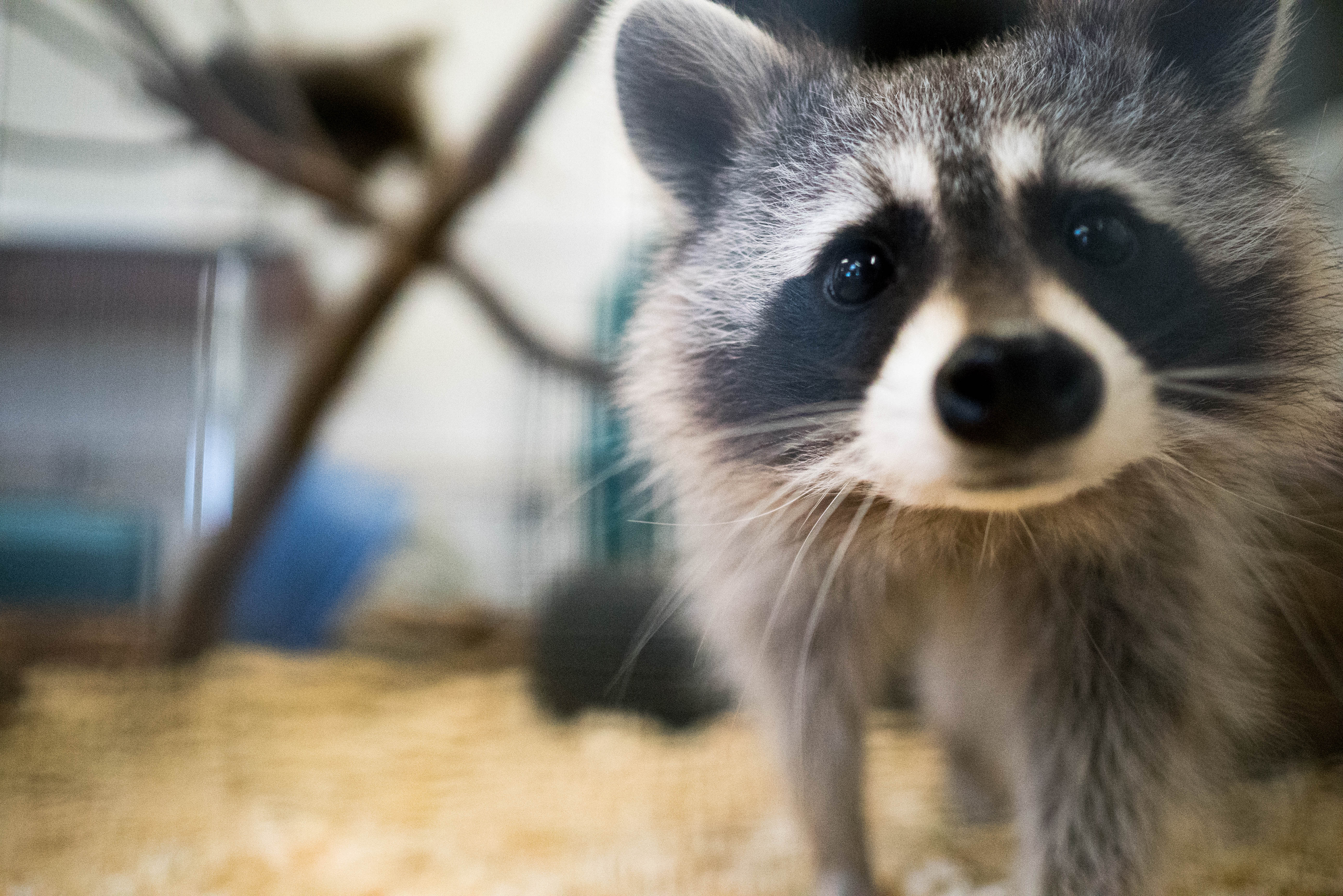 Originating in places such as Northern China and Korea, despite being named after their similar appearance to raccoons, these furry creatures are actually a member of the same family as wolves. They can often been found in forest areas with water sources nearby foraging for food.  Though the wild population of this species is currently classified as “Least Concern”, they are often hunted for bush meat and their fur which is used within the fashion industry. 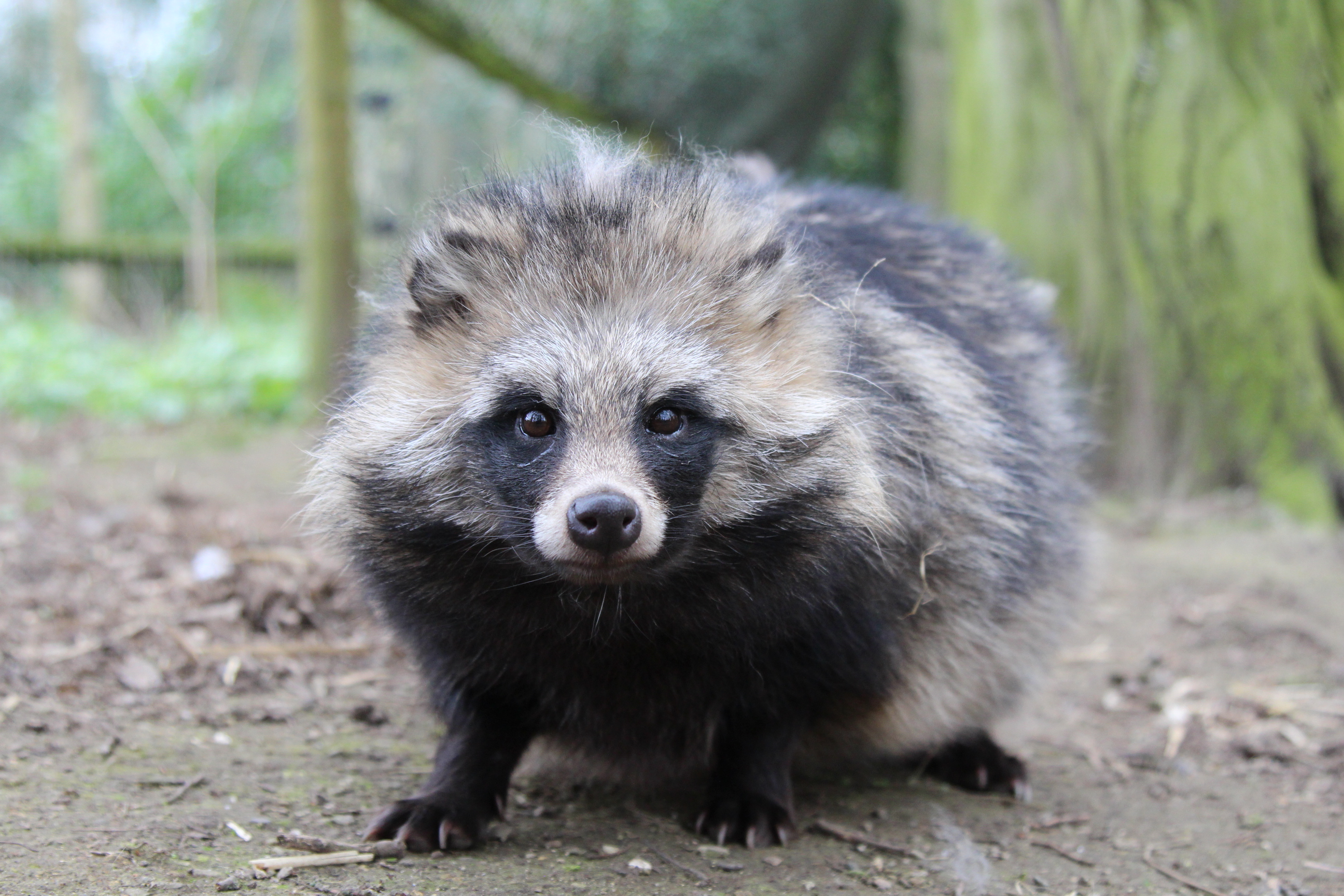