Find out about our range of tortoise species!

As the largest mainland tortoise, these animals can grow to be well over 100 pounds and live to be 100 years old.  Sulcata tortoises are a desert living species and so have to contend with high temperatures. Once temperatures break over 40 degrees Celsius sulcata tortoises will burrow to escape the heat. These burrows often reach 3 metres underground. 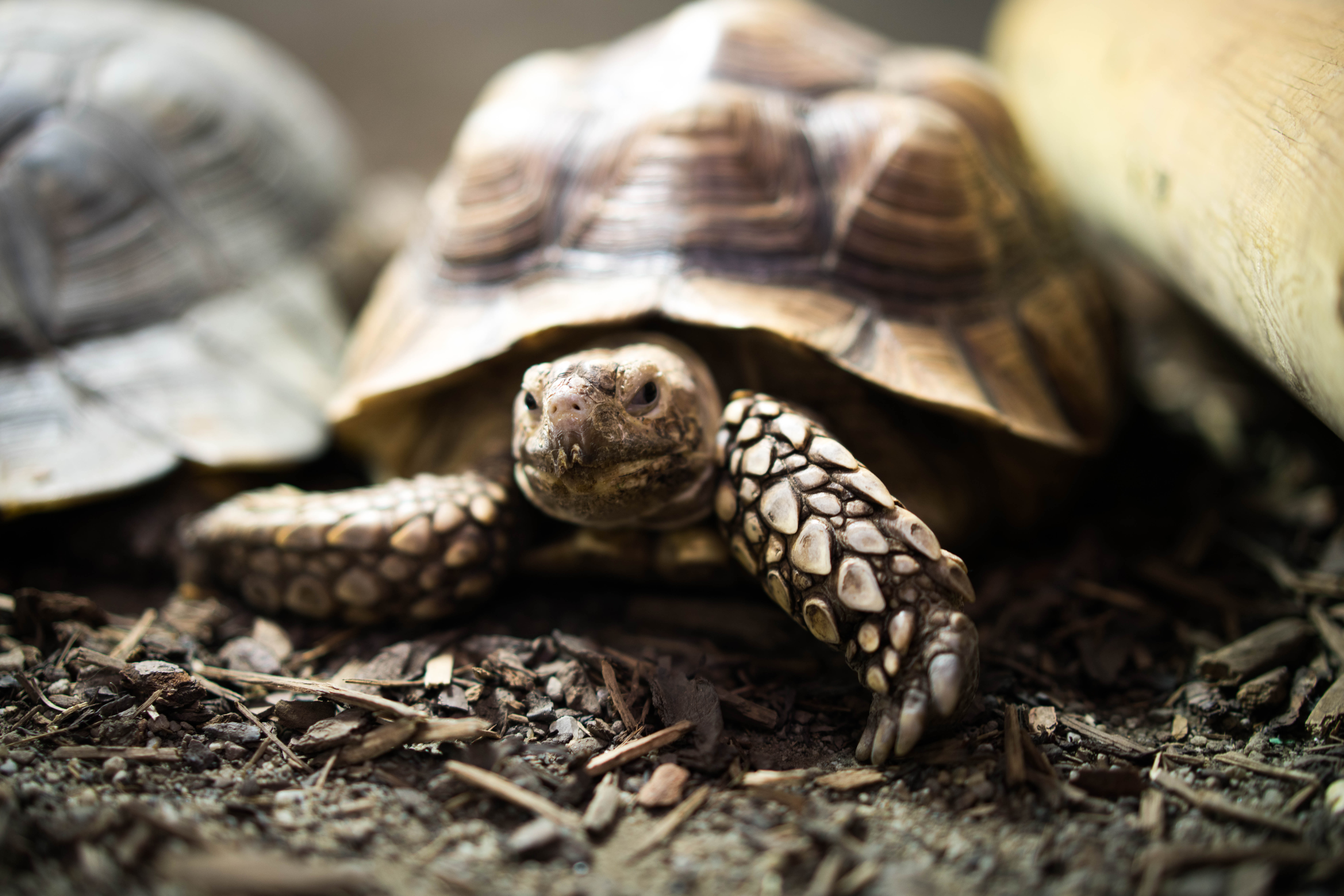 Through a combination of Greek and Latin, the Leopard tortoise’s name literally translates as leopard shell marks, denoting an interestingly patterned shell.  They are the 4th largest species of tortoise but have a massive range of potential sizes, with some reaching 15kg and some 54kg, the average being 18kg. 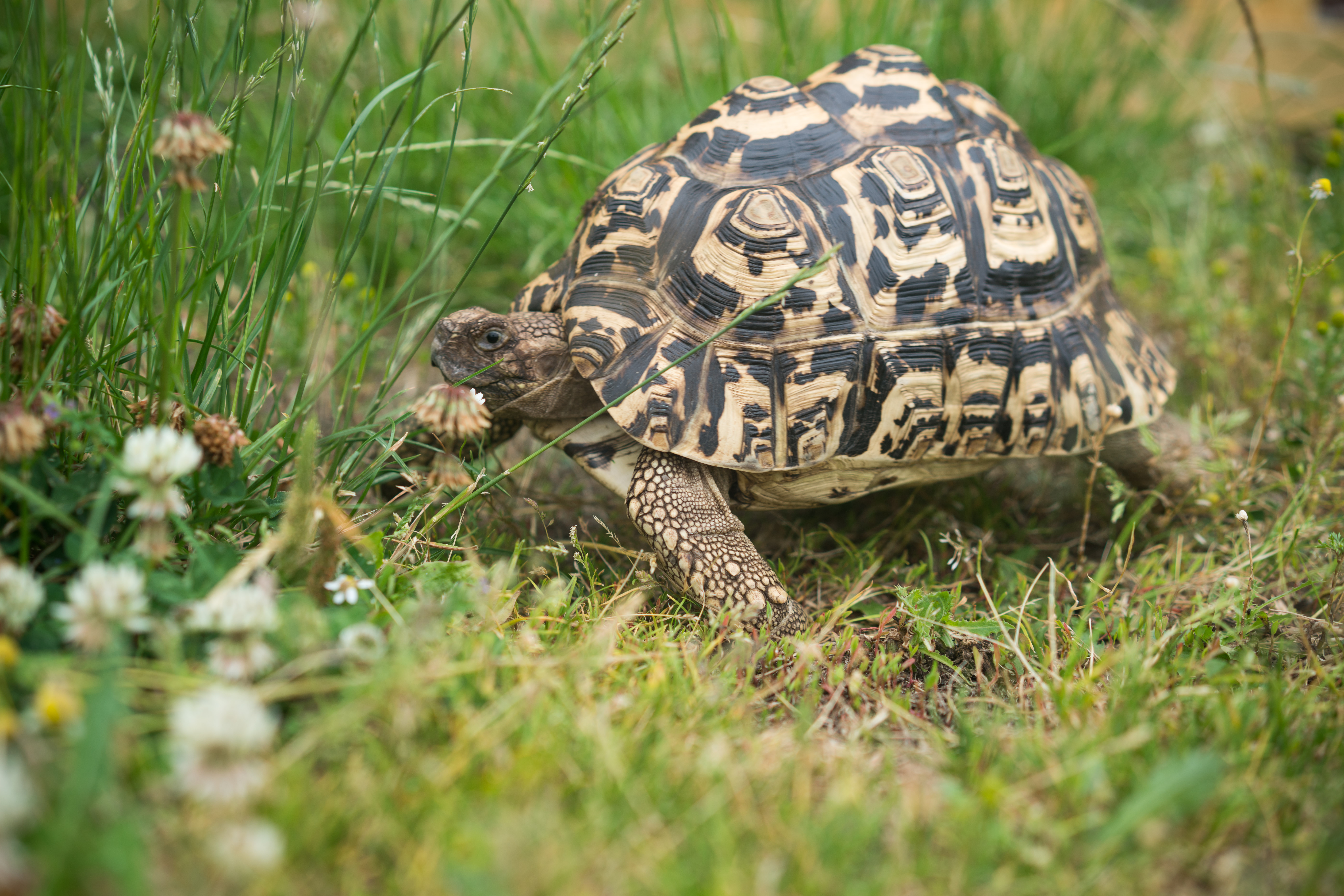 Marginated tortoises can be found in much of Greece, Italy and the Balkans. It is named marginated for the level flattened edges to its shell.  This tortoise can thrive at altitudes of over 1500m. To put that into perspective, the tallest mountain in the UK is Ben Nevis and it is 1345m tall. 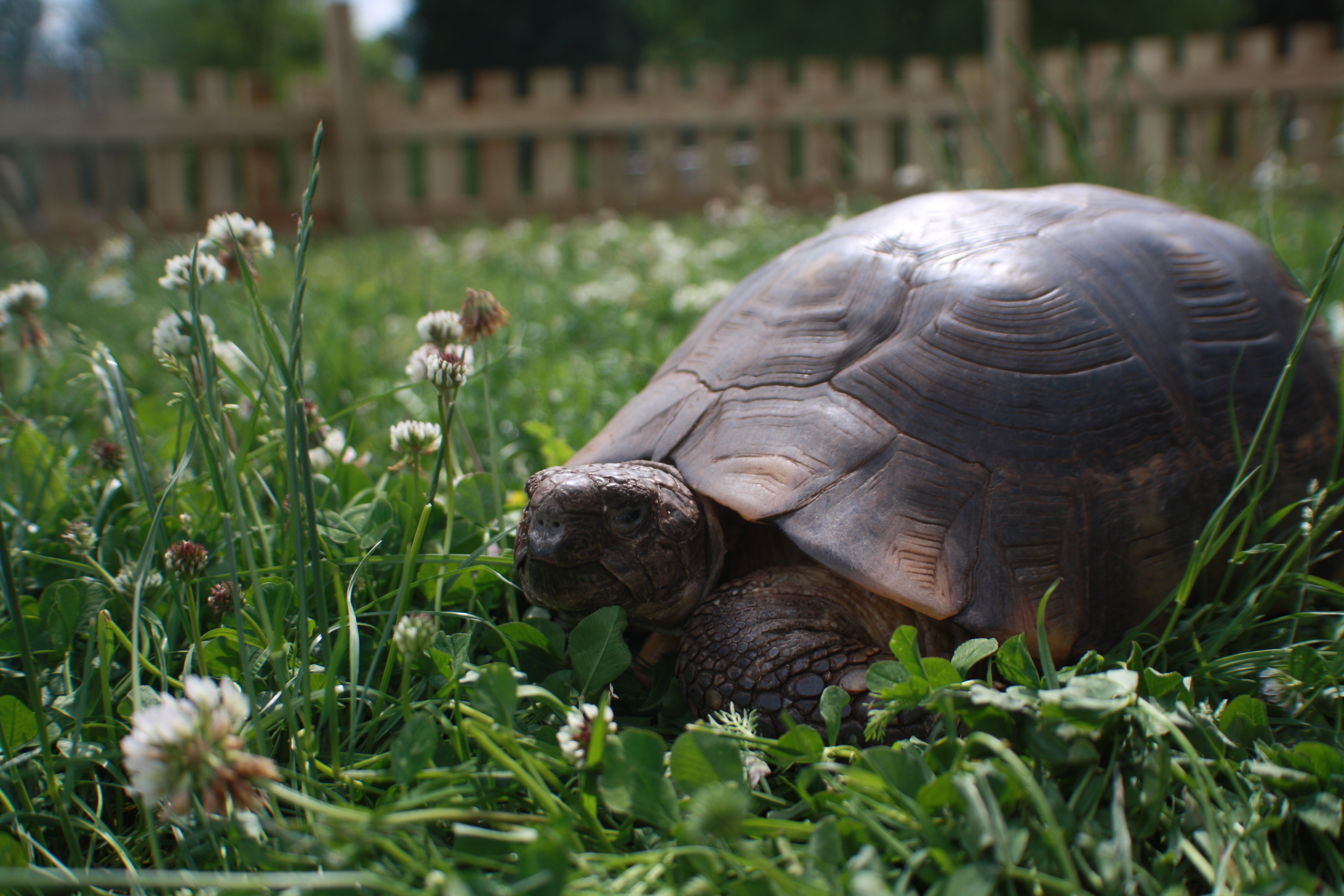 This species of tortoise can be found across much of South America, including Brazil and most surrounding countries.  Its diet is incredibly varied. It will eat flowers when present and fruit later in the year. This species will also eat both living and dead vegetation, fungi, and carrion. It has been documented deliberately eating dirt and sand too, potentially to help break up food in its stomach. 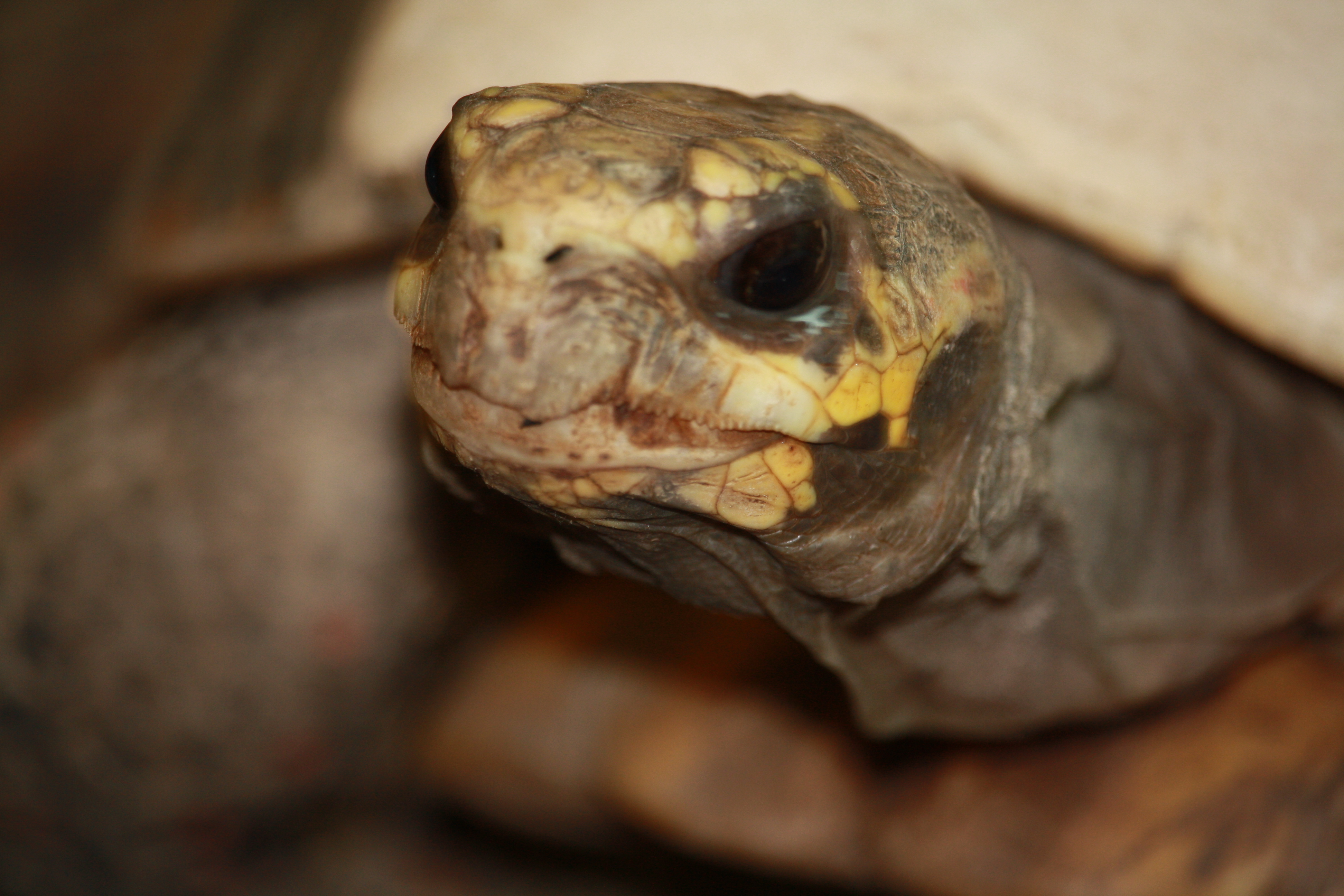 Sometimes named Russian tortoise. Horsfield’s tortoise is one of the most common you can find in the pet trade.  It is found in Russia and other surrounding countries. As the climate of Russia differs massively, these animals can spend up to 9 months in a dormancy period similar to hibernation.

Hermann’s tortoises are a very resilient species of tortoise found across much of Romania, Greece and Italy.  A lot of their typical forest habitat has been destroyed or fragmented, making these a “Near Threatened” animal. In some of these places, the tortoises have been able to stick around when they have adequate low-lying vegetation to eat. 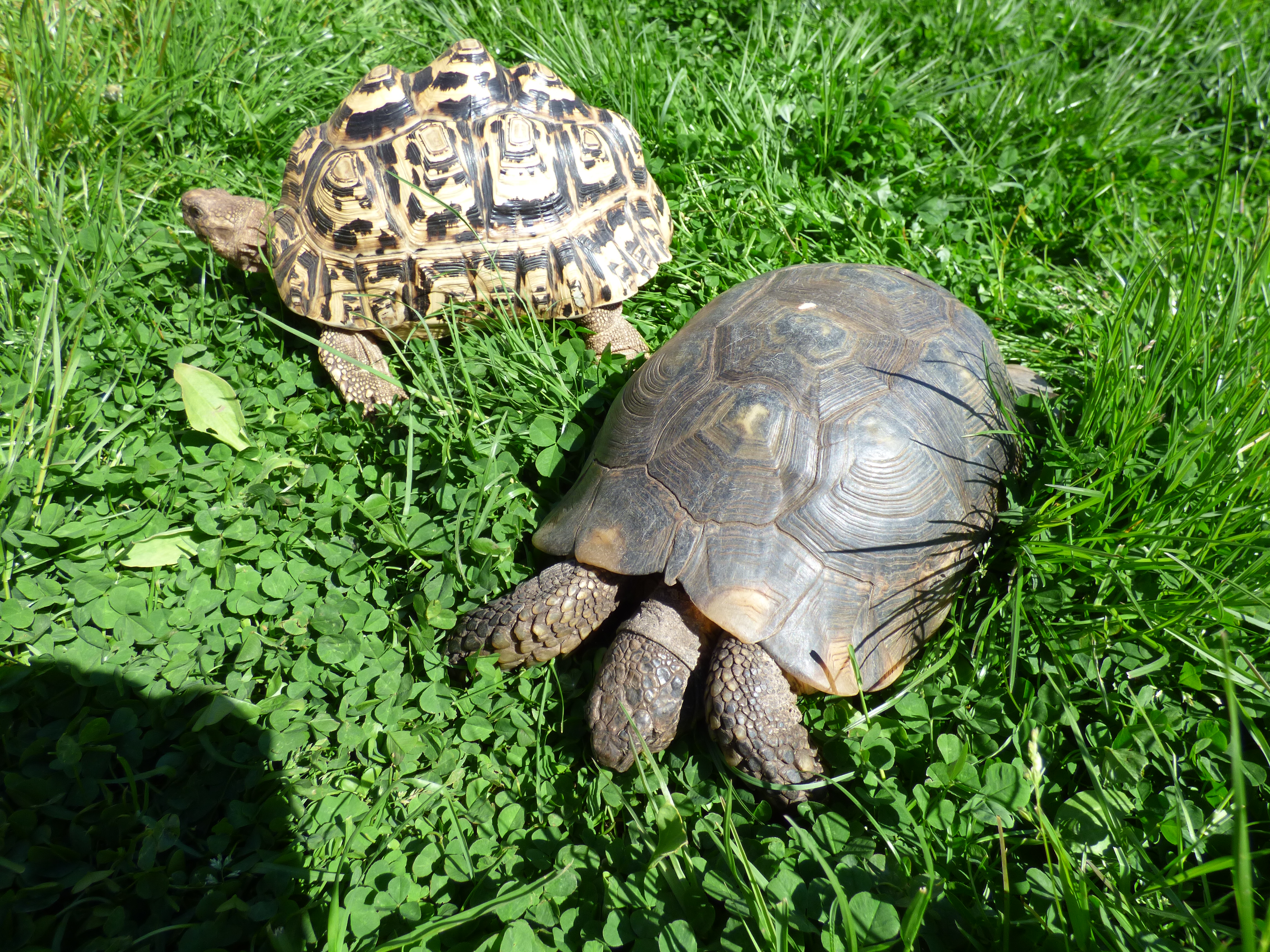