Wildlife of the World

These freshwater turtles are known as “sliders” due to their habit of sliding off of river side rocks when disturbed. The red-eared variety are found across North America with the yellow-bellied sliders being found in the southern states. They can be found wild in other countries due to the pet trade. 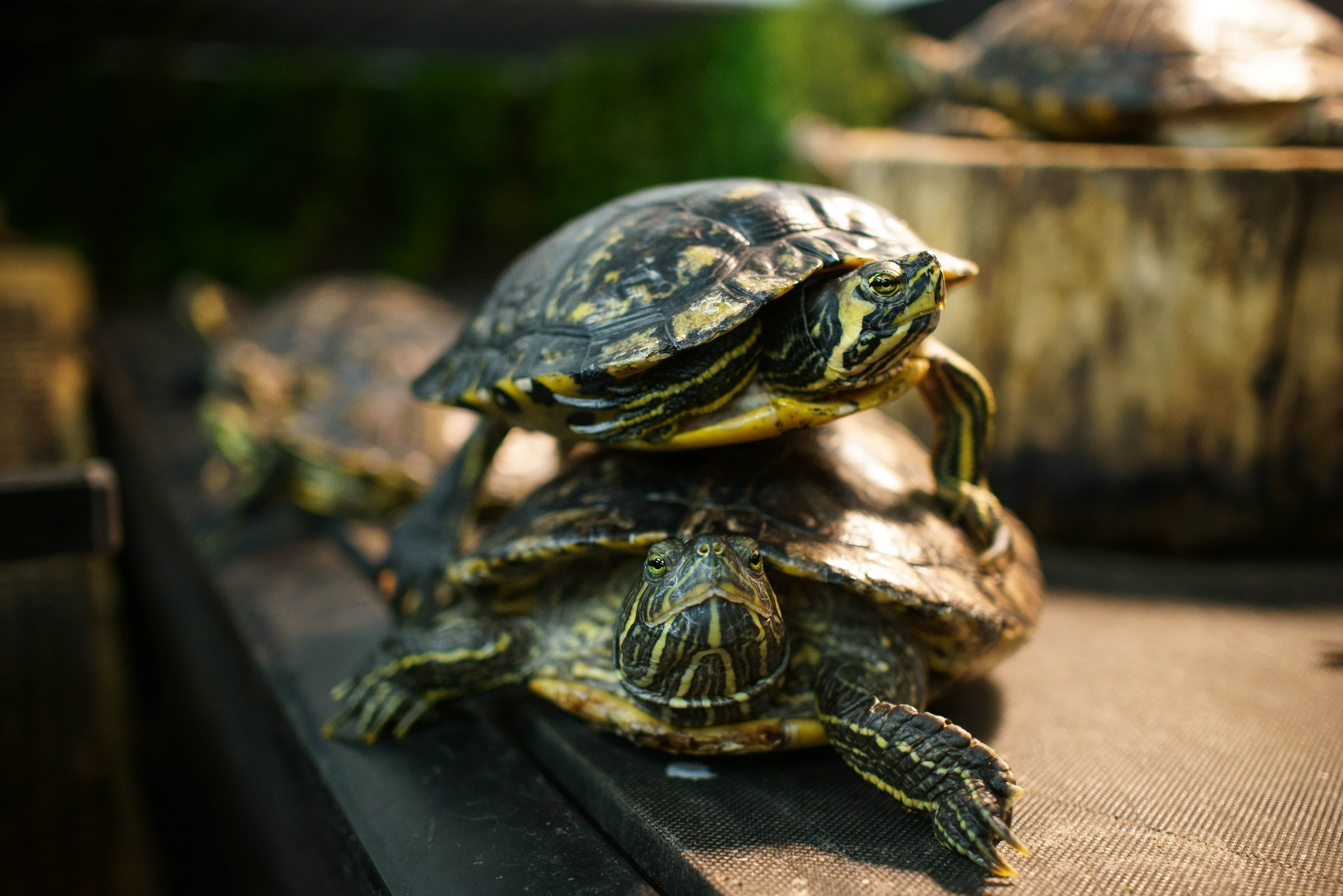 Another North American species of freshwater turtle, the Northern map turtle can be found in North-eastern United States and Canada. They are named “map” as their scutes, the plates of their shell, have patterns similar to contour lines found on maps.

Lake Malawi has over 500 endemic species of cichlid fish, all likely to have evolved from a common ancestor within the last million years. While closely related, the variety in colour and form is massive. We have 5 different species, L. freibergi, L. zebroides, M. estherae, M. zebra, and P. saulosi. 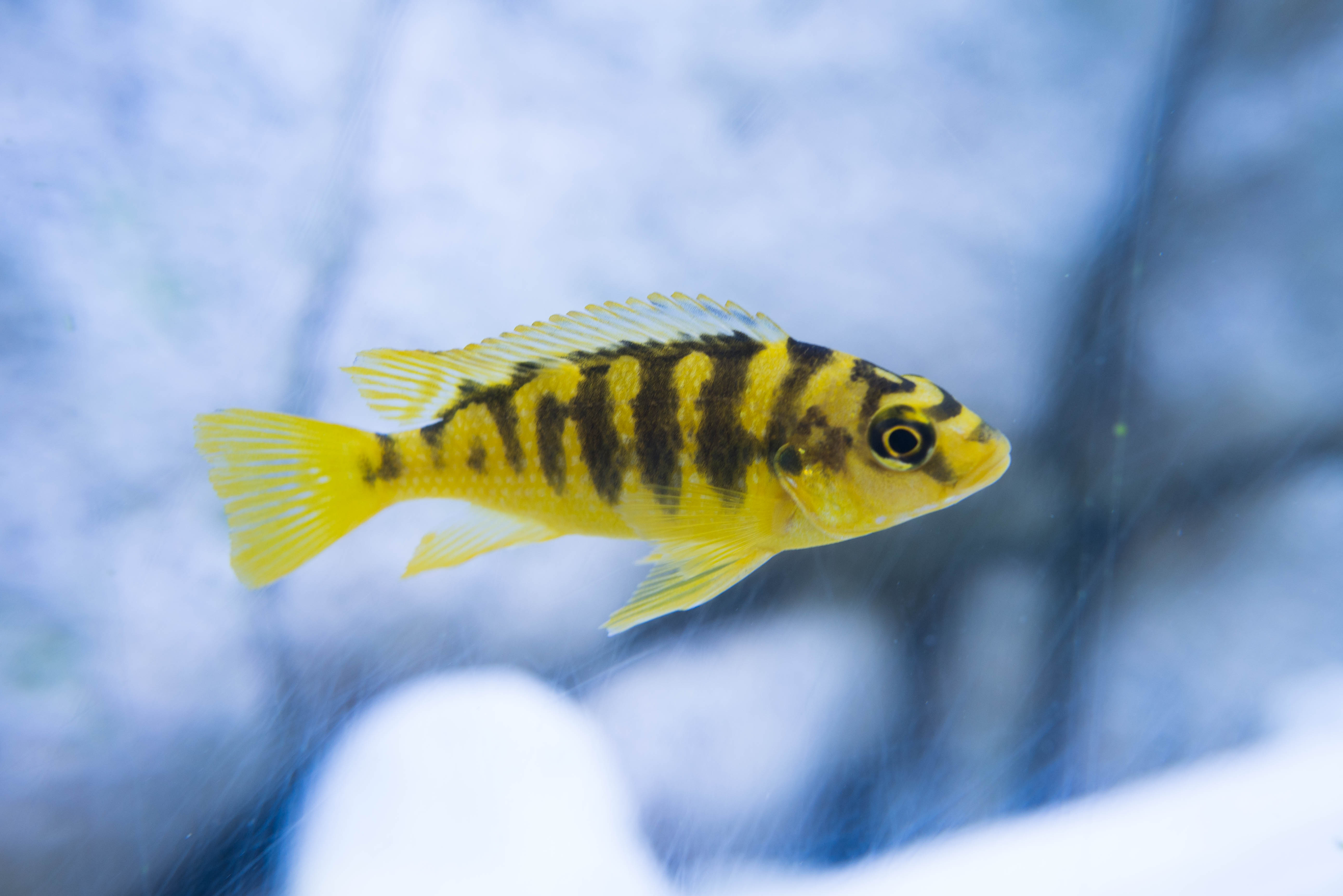 If you were to visit the coastal areas of the UK, you may find some of the species in this tank.

Rockpools are small pools left behind when the sea retreats from coastal rock that has been eroded. They are havens for a variety of species but only species can better cope with salt can stay there, with water continuously evaporating until the tide returns to fill the pools.

Our more obvious residents are the beadlet anemone (A. equina). They close when the pools recede to retain moisture.

We have three species of fish; Common blenny (L. pholis), Black goby (G. niger), and common goby (P. microps). All are smaller than 20 cm, which is a benefit when faced with constantly changing water levels in rock pools.

And lastly, we have two species of periwinkle; the common and the rough periwinkles (L. littorea, L. saxatillis). Both have been an important source of food for British natives for around 10,000 years. 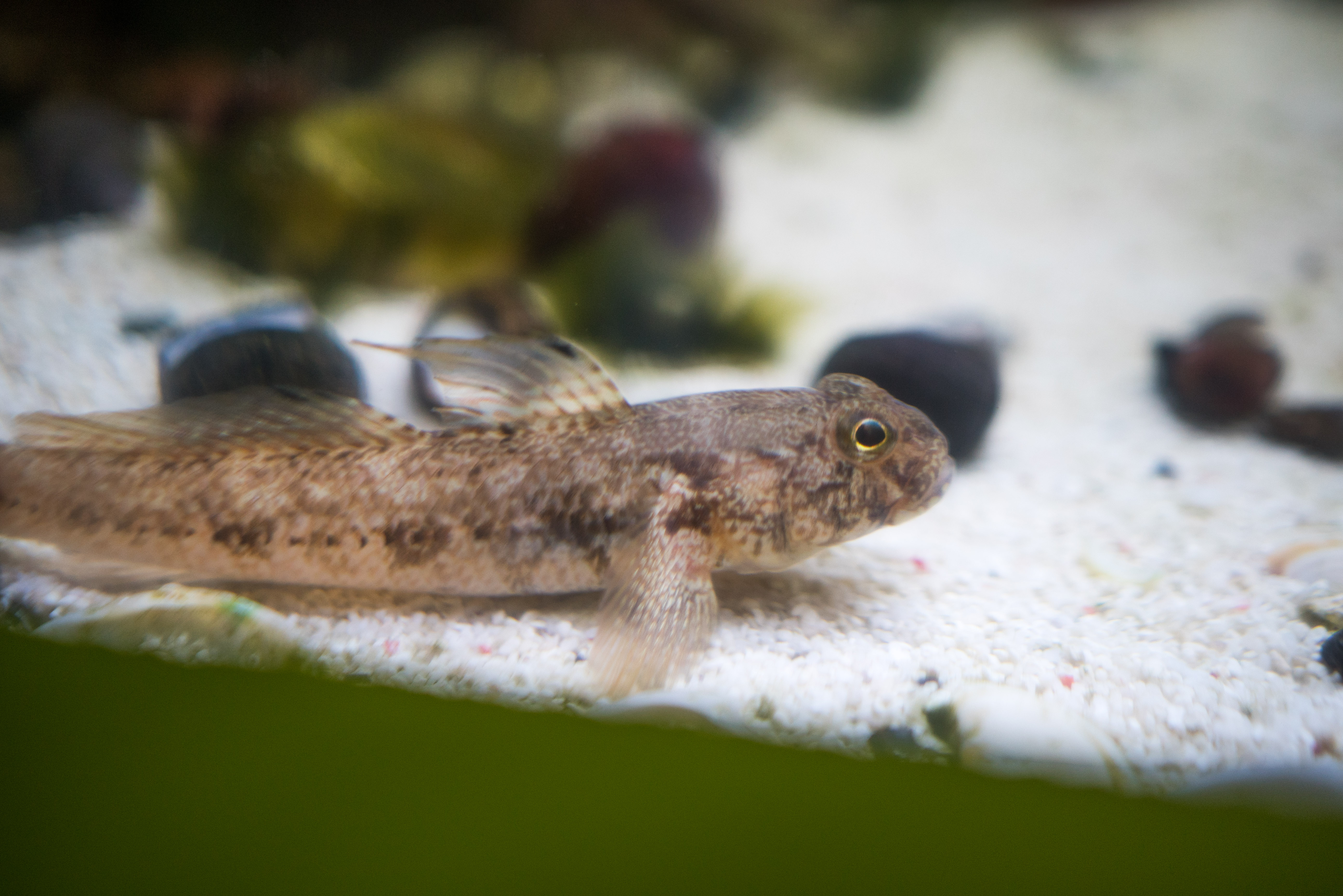 Our tropical marine tank is home to a variety of reef fish. Coral reefs have been referred to as one of the biggest biological shelters known to the science, housing thousands of species. Unfortunately, climate change and the wildlife trade continue to damage reefs all over the world.

Our most well-known residents, the clownfish, are found in different reefs off of the coast of Australia. When growing into juveniles, they will look for an anemone to become their home. Our two species of clownfish are occelaris clownfish (A. occelaris) and orange finned/blue striped clownfish (A. chrysopterus). The large anemone in our tank, favoured by the orange finned clownfish, is Haddon’s carpet anemone (S. haddoni). It may sometimes retreat into the rock it is attached to so don’t worry that it has disappeared. 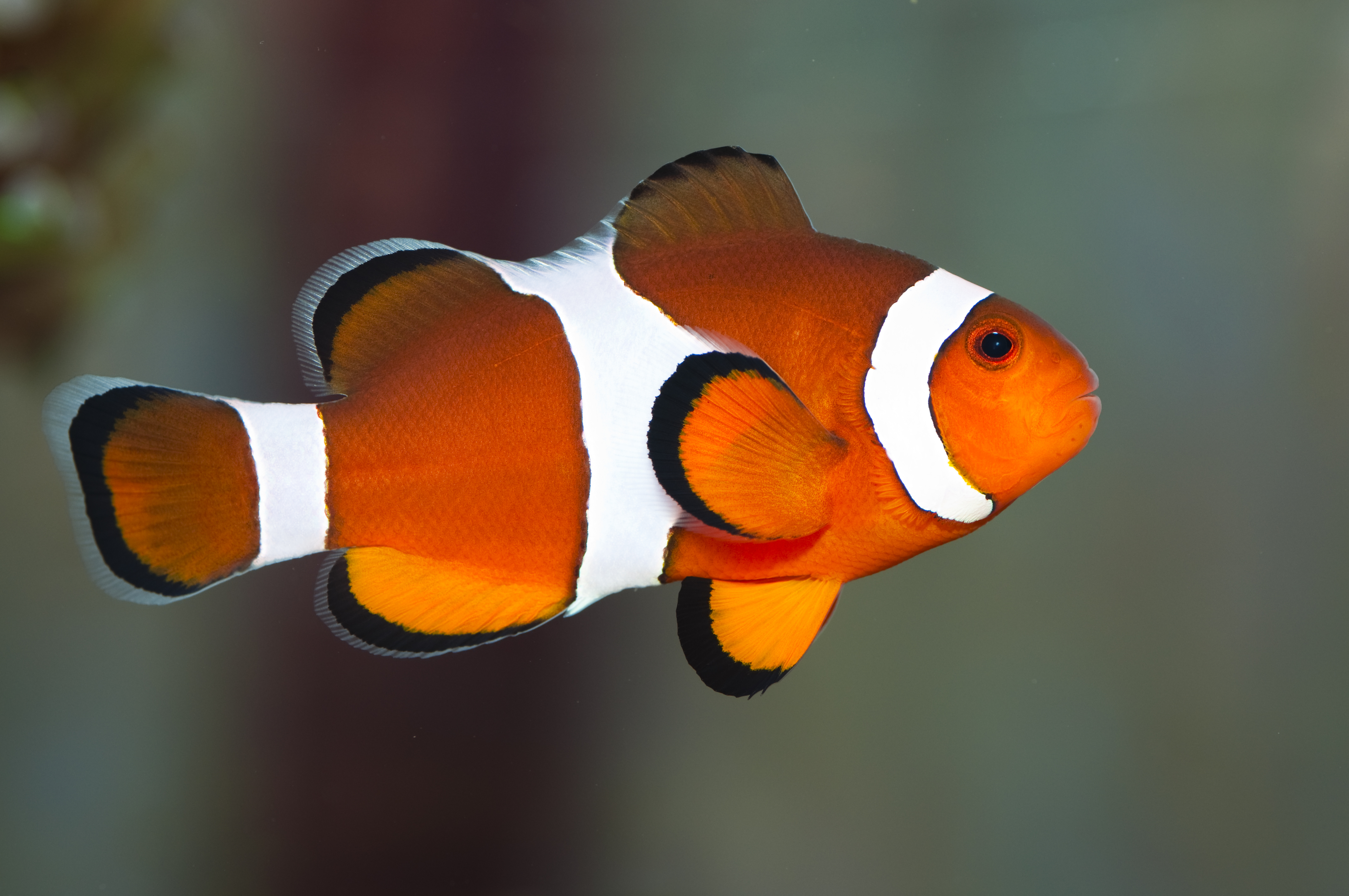 Second in the rankings, our regal tang (P. hepatus). An animated regal tang featured in the films “Finding Nemo” and “Finding Dory”. The character Dory is named for another, much larger fish known as a John Dory (Z. faber). We have two species of damselfish. Both pale damsels (A. indicus)

A most unusual but amazing species. Atlantic mudskippers are a species of fish that have adapted to spending time on land, absorbing oxygen through their skin and mouth lining. Their eyes are located at the top of their head to let them look out for land predators without their head leaving the water. 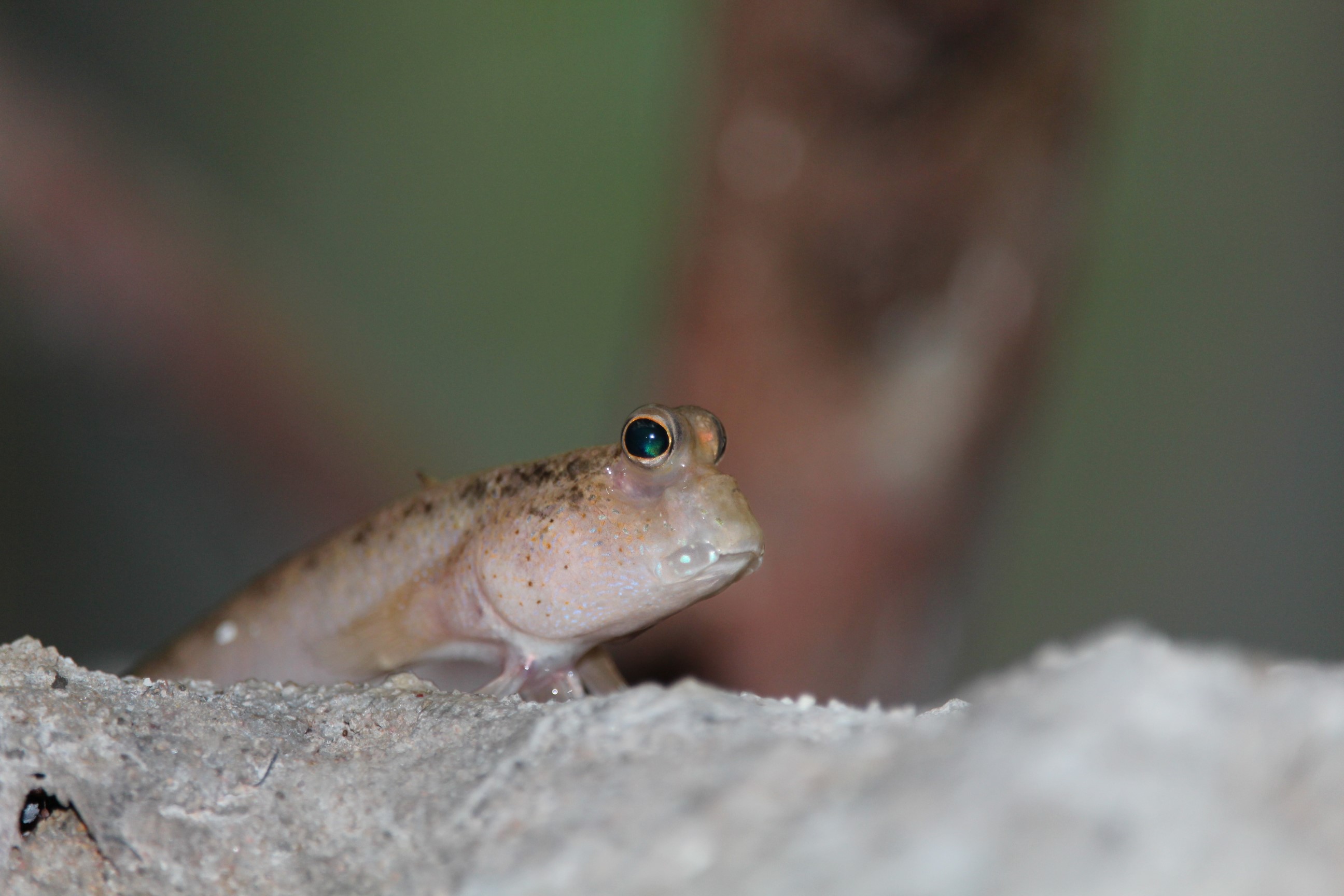 Fire salamanders are found across much of Europe, a very well-known species. Bright colours warn you of potential toxins and in the case of this amphibian, it produces a toxin known as samandrin. Some scientists believe the toxin is intended to cause an animal to vomit if the salamander is eaten, increasing its chances of escape. 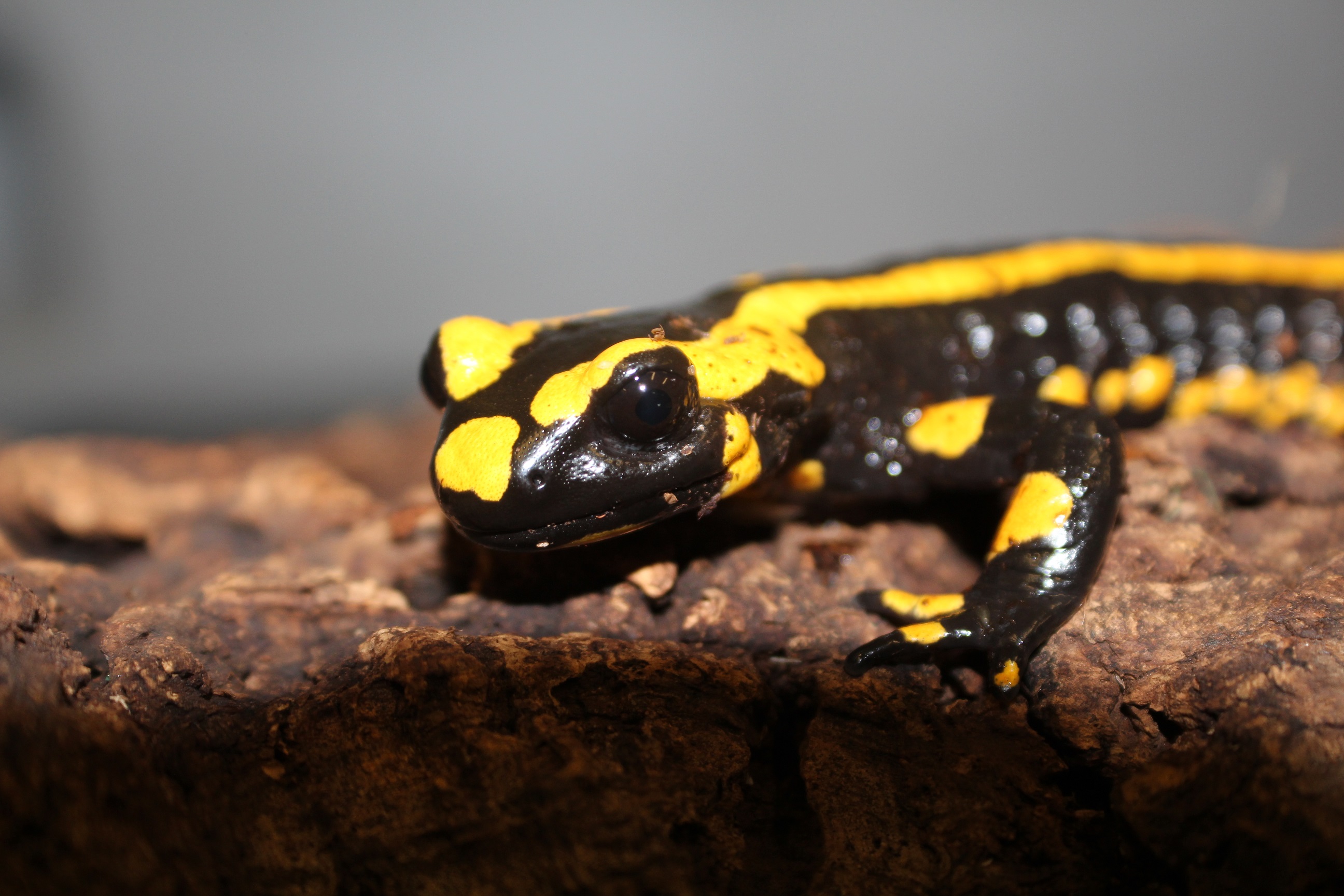 The name of this species is very apt as both in colour and form, the mossy frog looks just like moss. This very strong form of camouflage is beneficial in the northern rainforests of Vietnam where they live.  Other relatives of theirs camouflage differently; T. moloch is believed to mimic tree bark and T. albopunctatum mimics animal droppings! 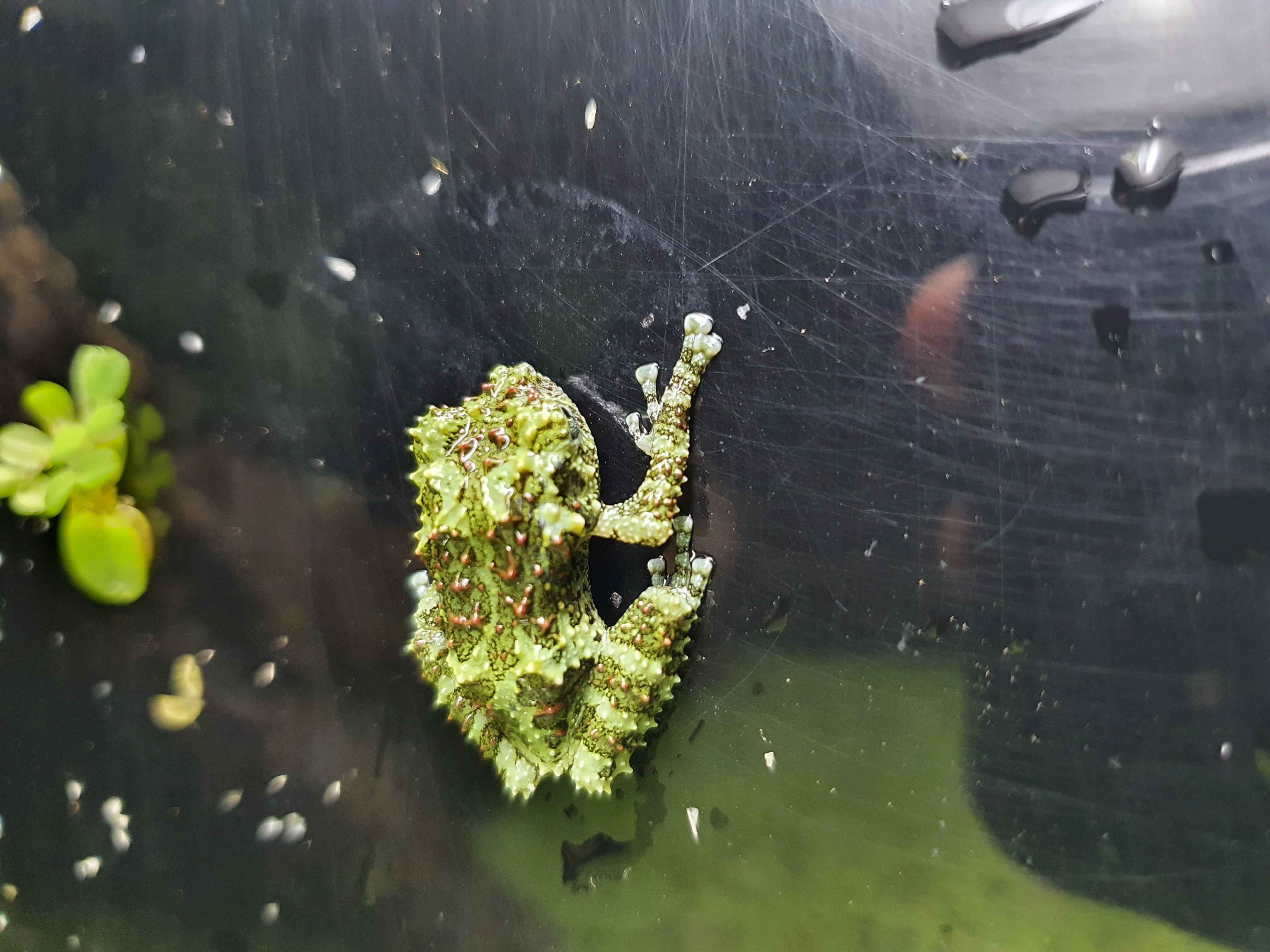 The dyeing dart frog, or blue poison frog,is a species of poison dart frog. It is among the largest species, reaching lengths of 50 mm (2.0 in). This species is distributed throughout the eastern portion of the Guiana Shield and Venezuela, including parts of Guyana, Suriname, Brazil, and nearly all of French Guiana.

A species of scarab beetle, the Sun beetle originated in Central and West Africa. There are 9 different subspecies, Peregrina being the one we have. The come in a range of colours from yellow and maroon to almost golden. In terms of size, they reach 2cm-3cm but their larvae can be two to three times the size at 6cm. 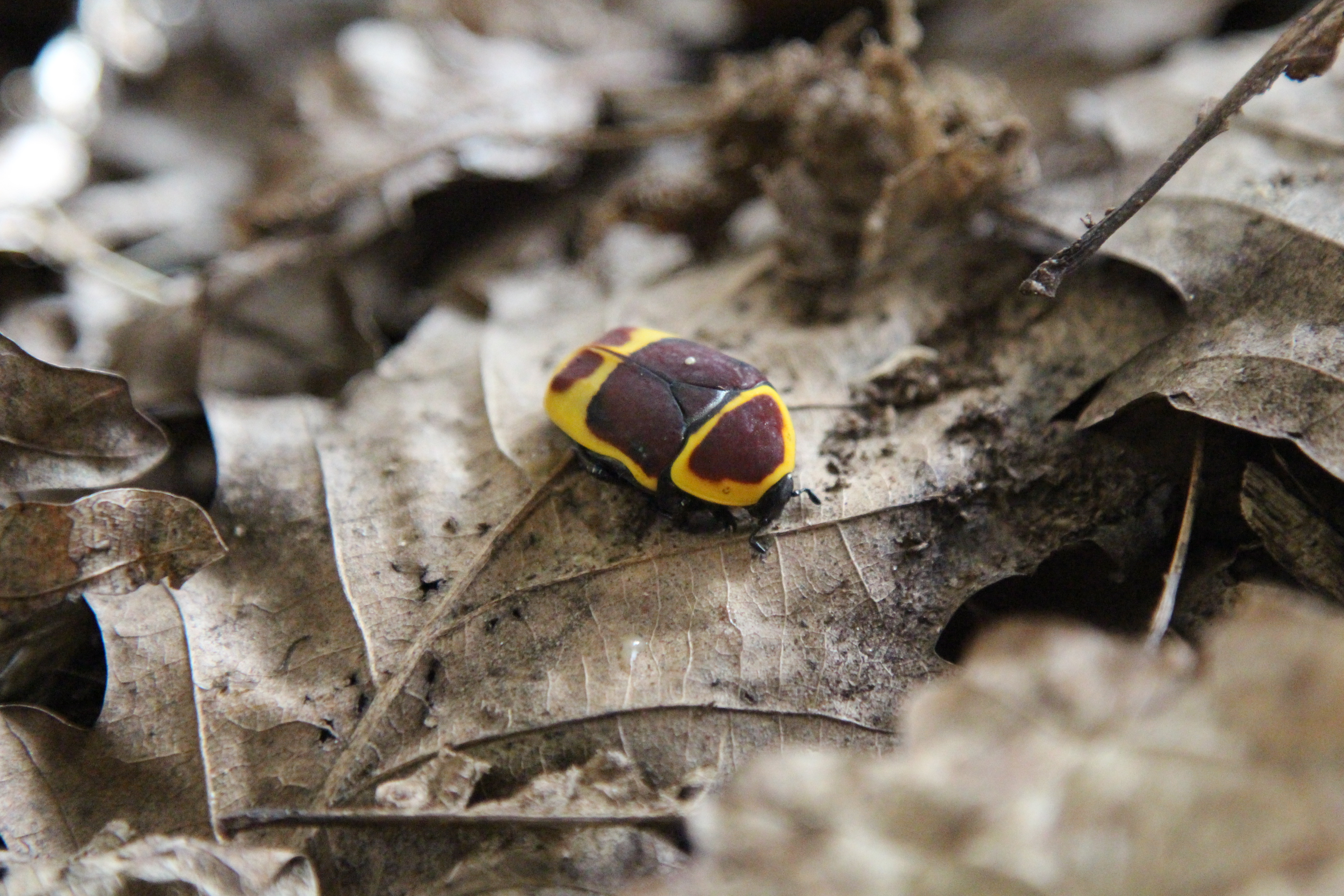 As Australia’s largest dragon species, this lizard spends its time basking in trees overhanging rivers. This allows it a quick getaway from birds of prey by dropping to the waters below where it can hold its breath on the riverbed for up to 90 minutes, or use their powerful tail to quickly swim away. Our two Australian Water Dragons are called Ross and Rachel. 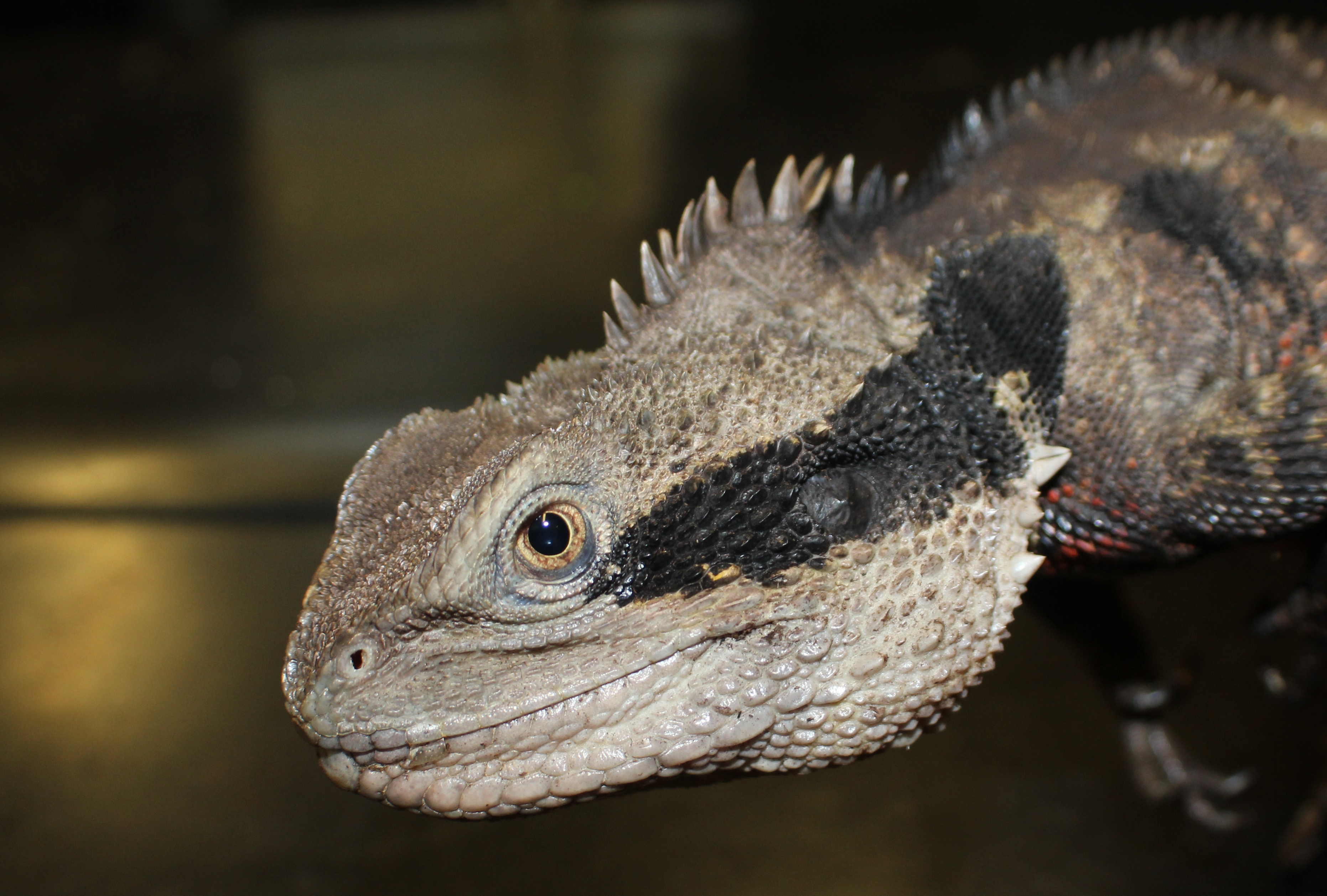 As the longest of the iguana species, the Green Iguana’s natural range includes Central and South America (for example, Brazil and The Caribbean Islands). However while found in Florida, they are invasive, causing damage to walkways and seawalls due to burrowing causing erosion. With powerful tails, covered in spikey scales they will defend themselves aggressively by whipping it at their predators. 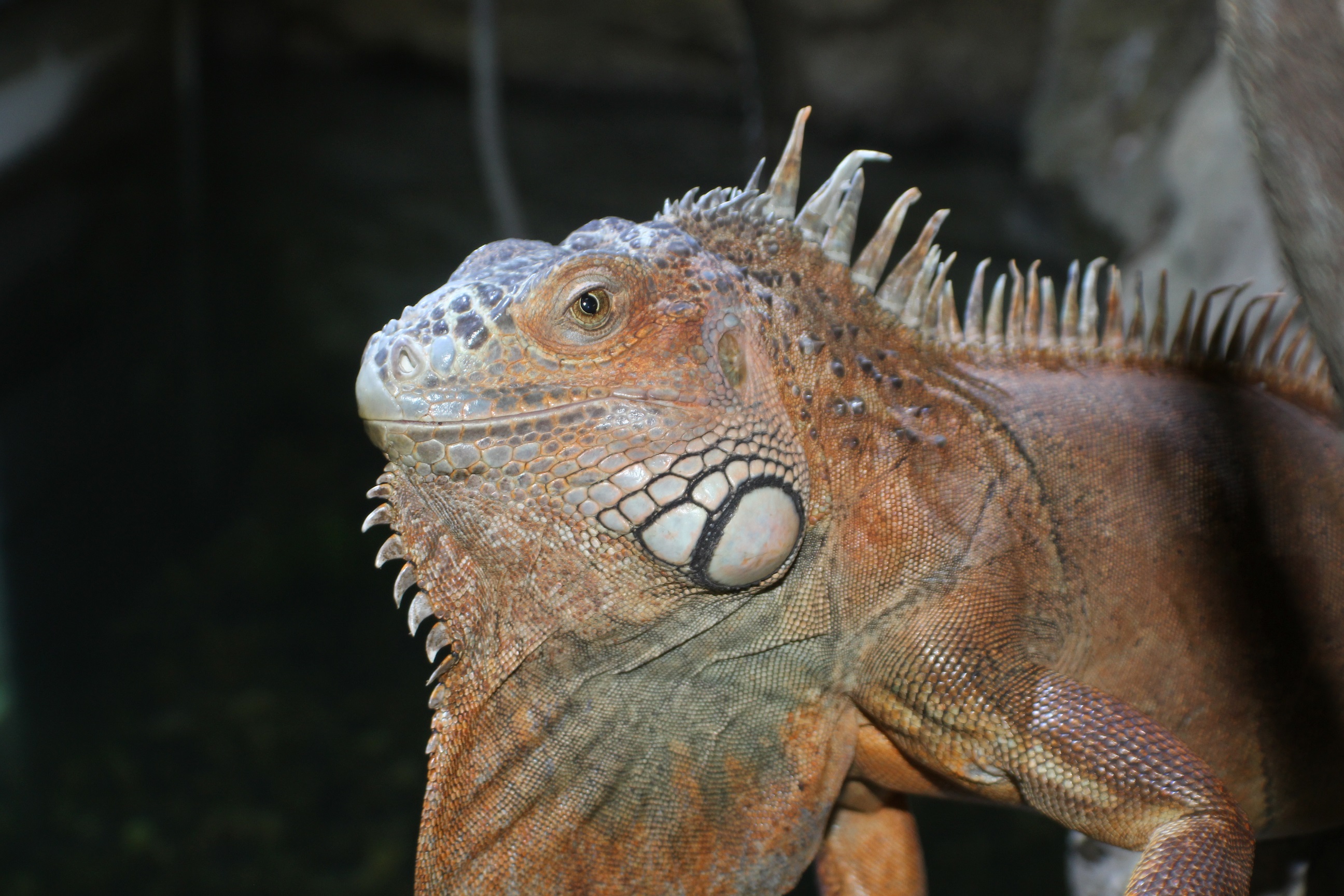 Blue-tongued skinks are one of the largest members of the skink family (Scincidae). They are commonly called blue-tongued lizards or simply blue-tongues or blueys in Australia. As suggested by these common names, a prominent characteristic of the genus is a large blue tongue that can be bared as a bluff-warning to potential enemies.

Also known as Saharan Dabb Lizards or Spiny-Tailed Lizards, these agamids are very well adapted to the dry, arid deserts of Africa. They are equipped with a muscular, spiked tail used to swing at predators, often accompanied by an open mouth, displaying their small teeth. With a diet including plants that have very little water, they use a special gland in their nostrils to eliminate this excess salt from their body without losing water. They can often be seen with white salt around their noses.

Classfied as critically endangered, this small species of chamelon has an incredibly limited range in East AFrica and grows to only around 5.7 cm long! These chameleons diverged from all reptiles more than 40 million years ago, when humans still shared a common ancestor with tamarins and capuchin monkeys. This minute chameleon is heavily impacted by the international pet trade, which has reduced its already small population.

Named for the islands which it inhabits, these snakes are a subspecies of Boa Constrictor. They have experienced insular dwarfism, an evolutionary process by which island animal populations become smaller than their mainland relatives due to the food available. As snakes consume their prey whole, smaller prey animals will mean these snakes can be smaller, therefore requiring less resources. 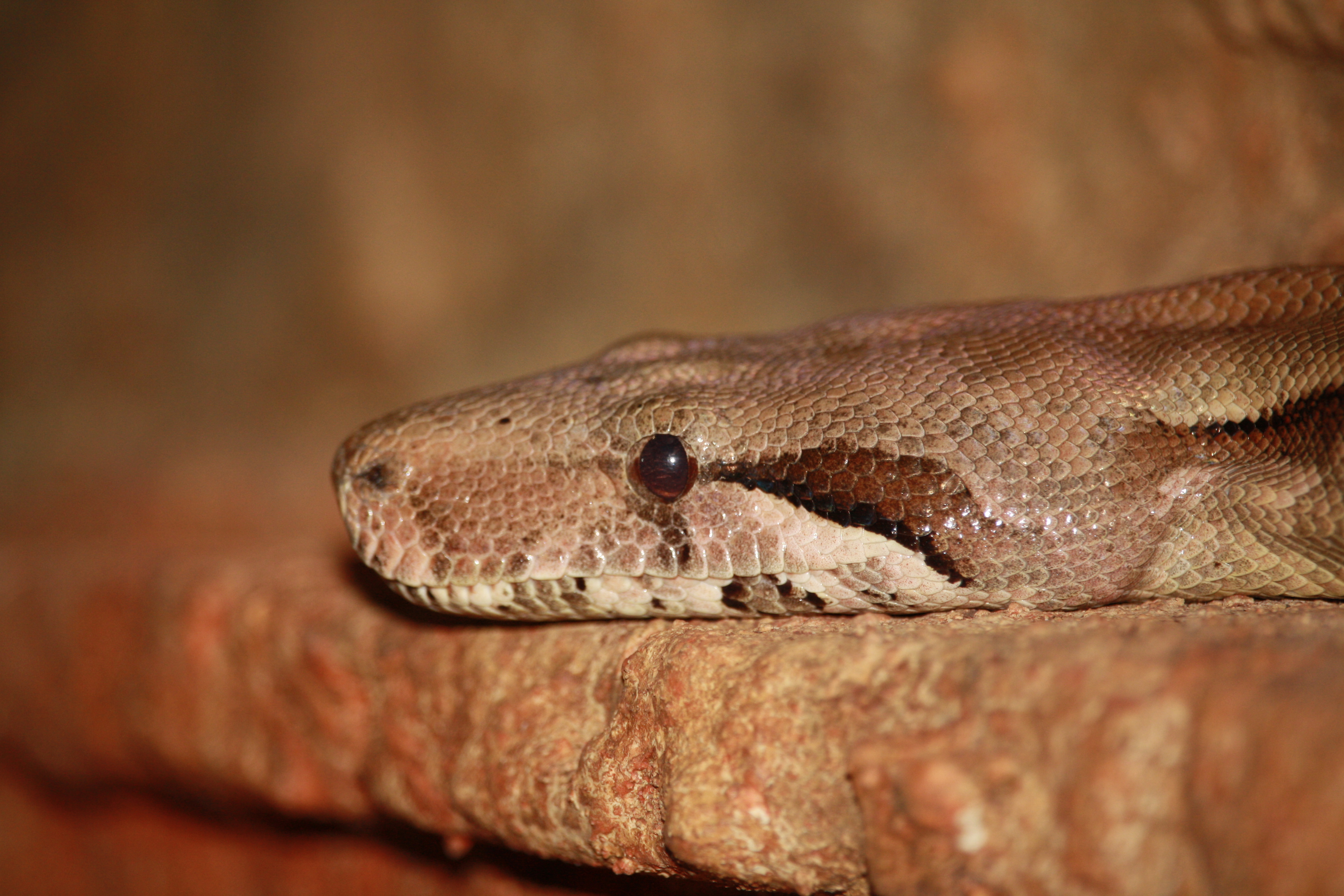 This species is covered in very long hairs that likely work as sensory organs for finding food. They are needed as large hairy armadillos are mostly subterranean, making burrows to sleep in and also digging for their food. 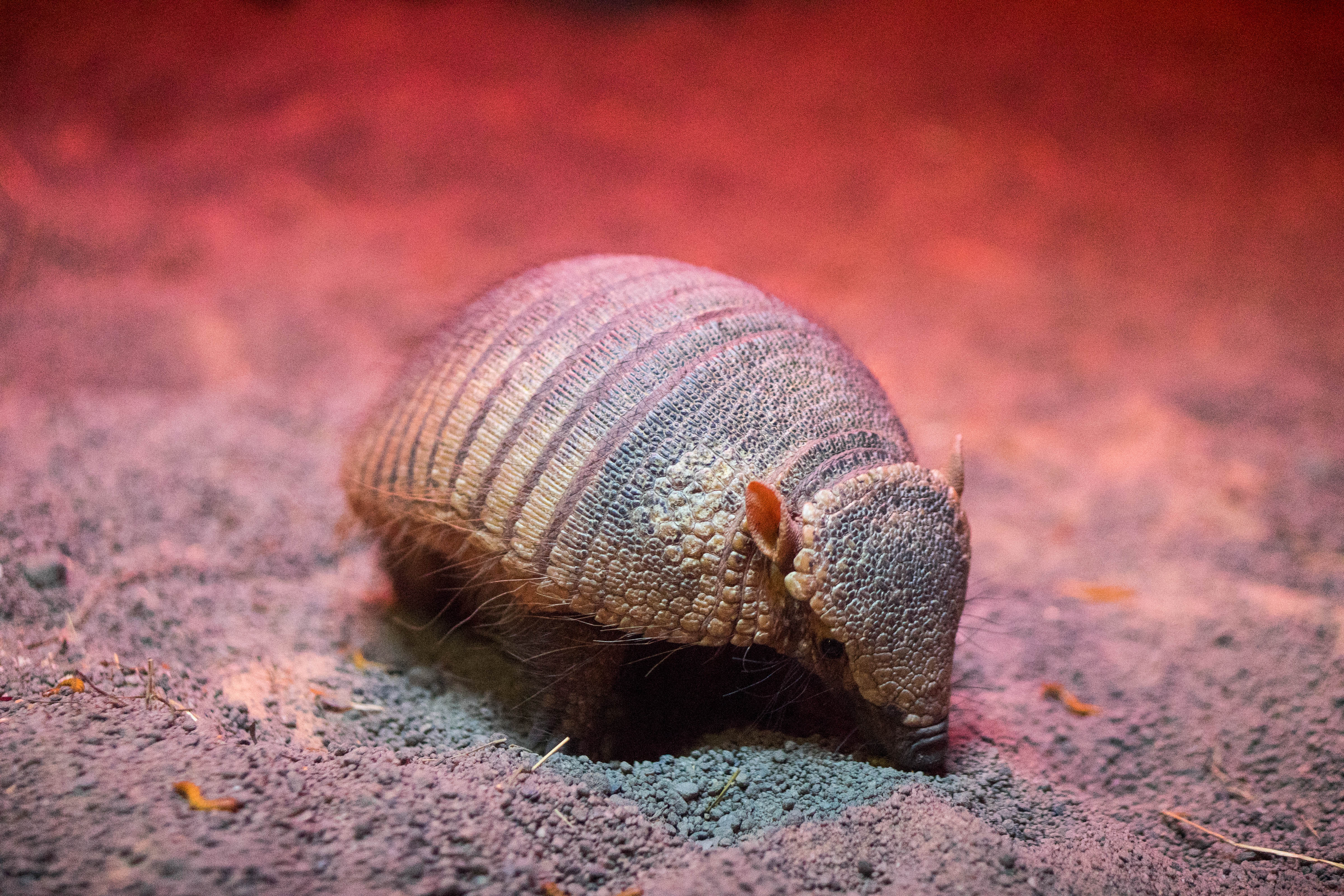 Sugar gliders are a flying squirrel-like marsupial from Australia and Papua New Guinea.  It has evolved similar physiology to flying squirrels despite being 160 million years from a common ancestor. This is known as parallel evolution, and is a result of being exposed to the same evolutionary pressures. For example, developing the ability to glide may be linked to living in a forest, same as the Northern flying squirrel (G. sabrinus).